With a staff of just one, Catholic Charities of the Diocese of Springfield in Illinois opened its doors on March 1,1925 to provide help and relief to the suffering under the direction and suggestion of Bishop James A. Griffin.  The first employee of Catholic Charities, selected by Bishop Griffin, was Elizabeth Kuhlman, a social worker and president of the organization ‘Ladies of Charity.’ This organization was also formed by Bishop Griffin, who created it with the purpose of providing support to Catholic Charities in any ways deemed necessary, mostly financial, but also through material goods, like blankets and clothing to be given to the needy. Ladies in this organization paid monthly dues of $0.10 which went towards Catholic Charities’ operating budget. Catholic Charities was first headquartered at St. John’s Hospital but by the end of 1929, their central offices were relocated to E. Monroe Street. It was reported that at this time, $.99 from every $1 donated went directly towards providing for the poor in the community. 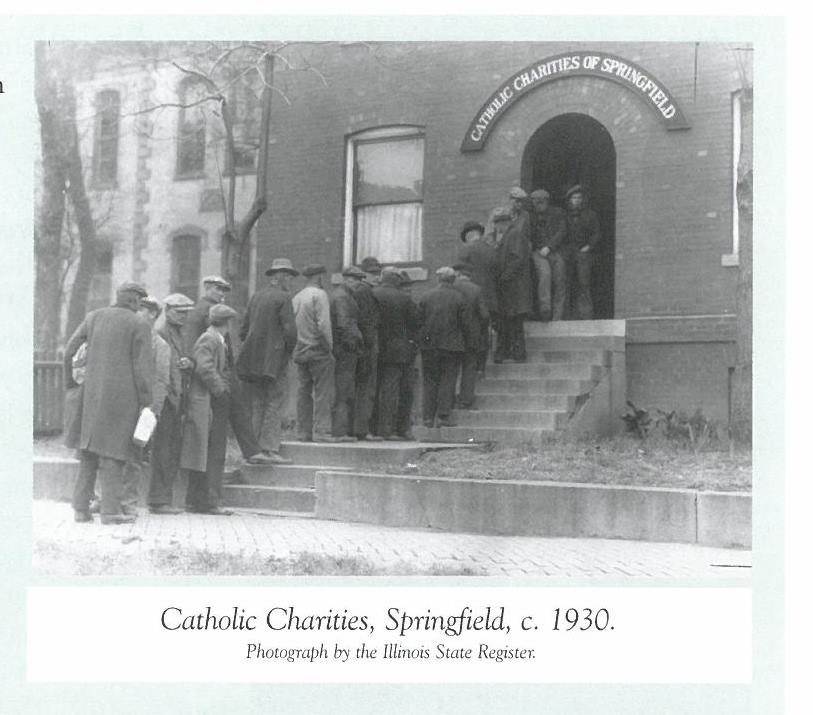 The first public campaign drive for Catholic Charities was orchestrated in 1931 which raised $21,726. “The citizens of Springfield have never witnessed such cooperation and unified effort in any public activity since the war,” stated Catholic Charities director Rev. V.C. Goyke to the Illinois State Journal. Catholic Charities provided for many impoverished people and families in the ‘30’s by way of groceries, clothing, medical aid, school books for children and presents and a meal for Christmas. In December, 1939, Catholic Charities made huge strides by way of the St. John’s Breadline which they successfully transitioned from an outdoor space to bringing men inside to be fed at their new location at 230 N. 6th Street. 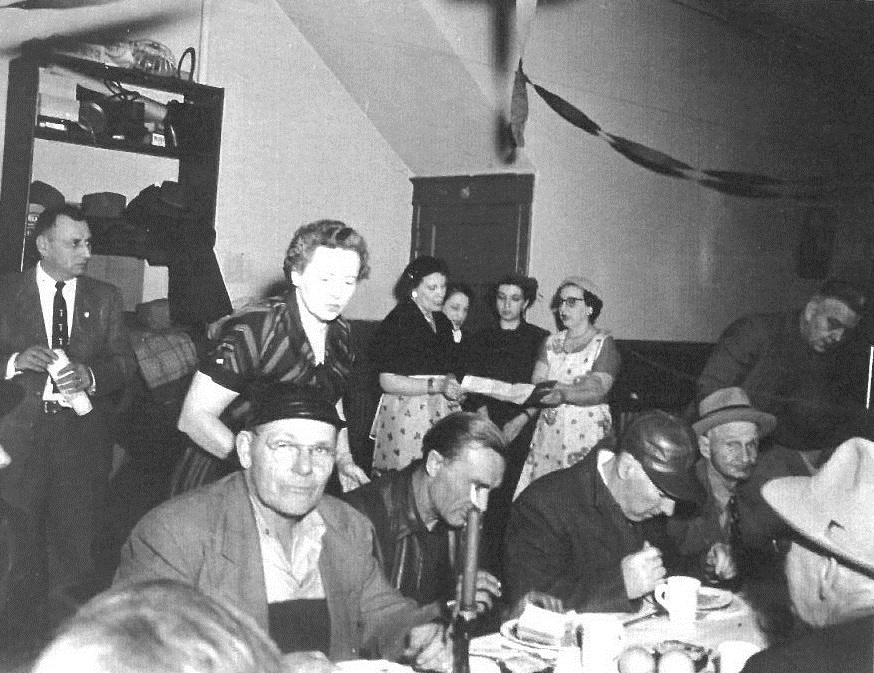 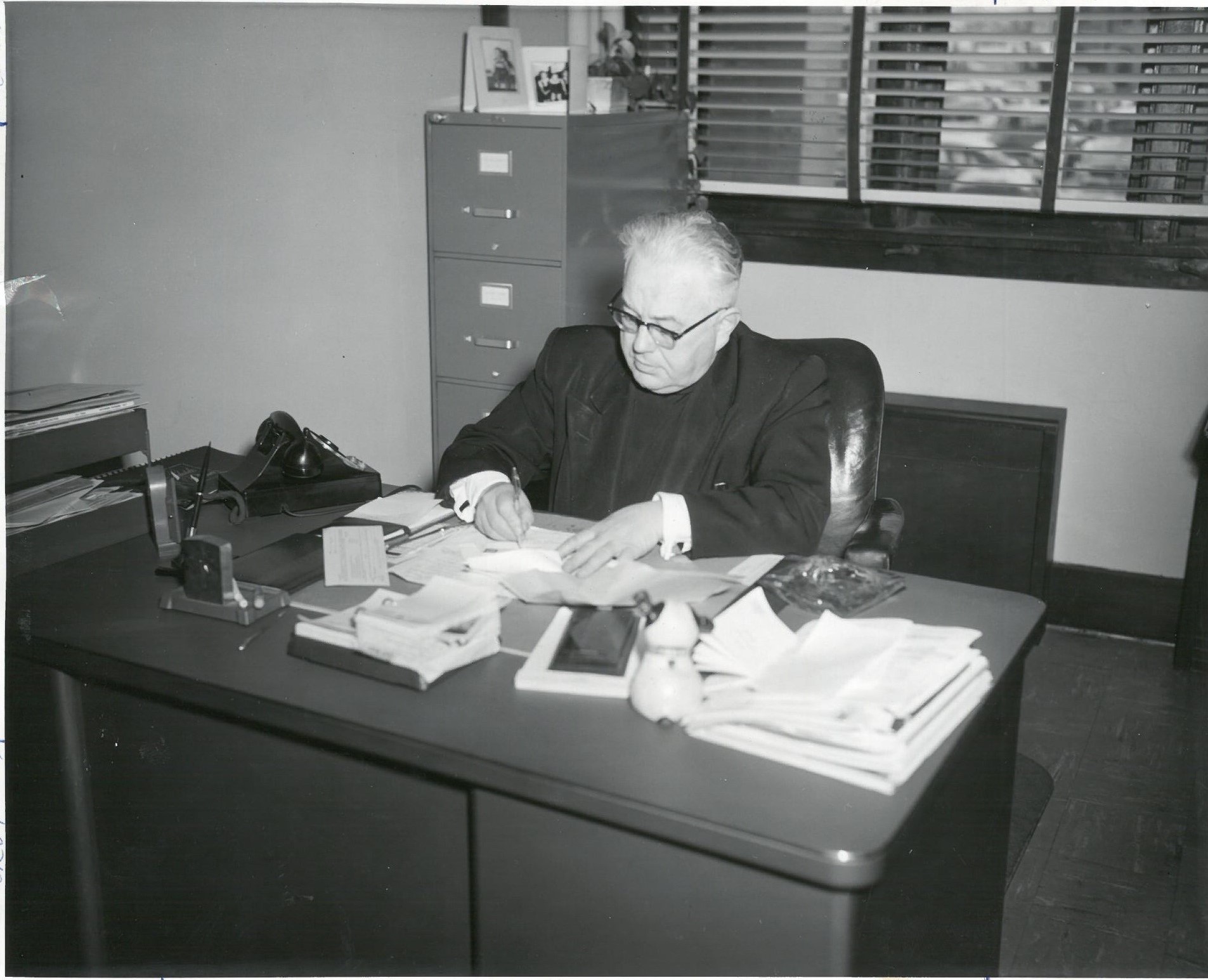 In 1962, Catholic Charities moved yet again, this time to 108 E. Cook Street to make room for the expanding agency. Their outreach included adoptions, marriage counseling, family care, foster home placement and child guidance. Catholic Charities also continued to operate the St. John’s Breadline and St. Monica’s Hall, which was opened in 1948 to provide care for unwed mothers, in Springfield.

The 70’s brought with it state contract deals with Catholic Charities to begin providing foster care services. “The major thrust of Catholic Charities is keeping people together,” stated Catholic Charities Director Msgr. Cassin in 1973. That same year, the agency placed 57 children in adoptive homes and handled 434 child counseling cases with only eight staff members. In the beginning, the agency may have started out serving hungry men at the St. John’s Breadline but since, broadened its care to providing compassionate services to countless children and families. 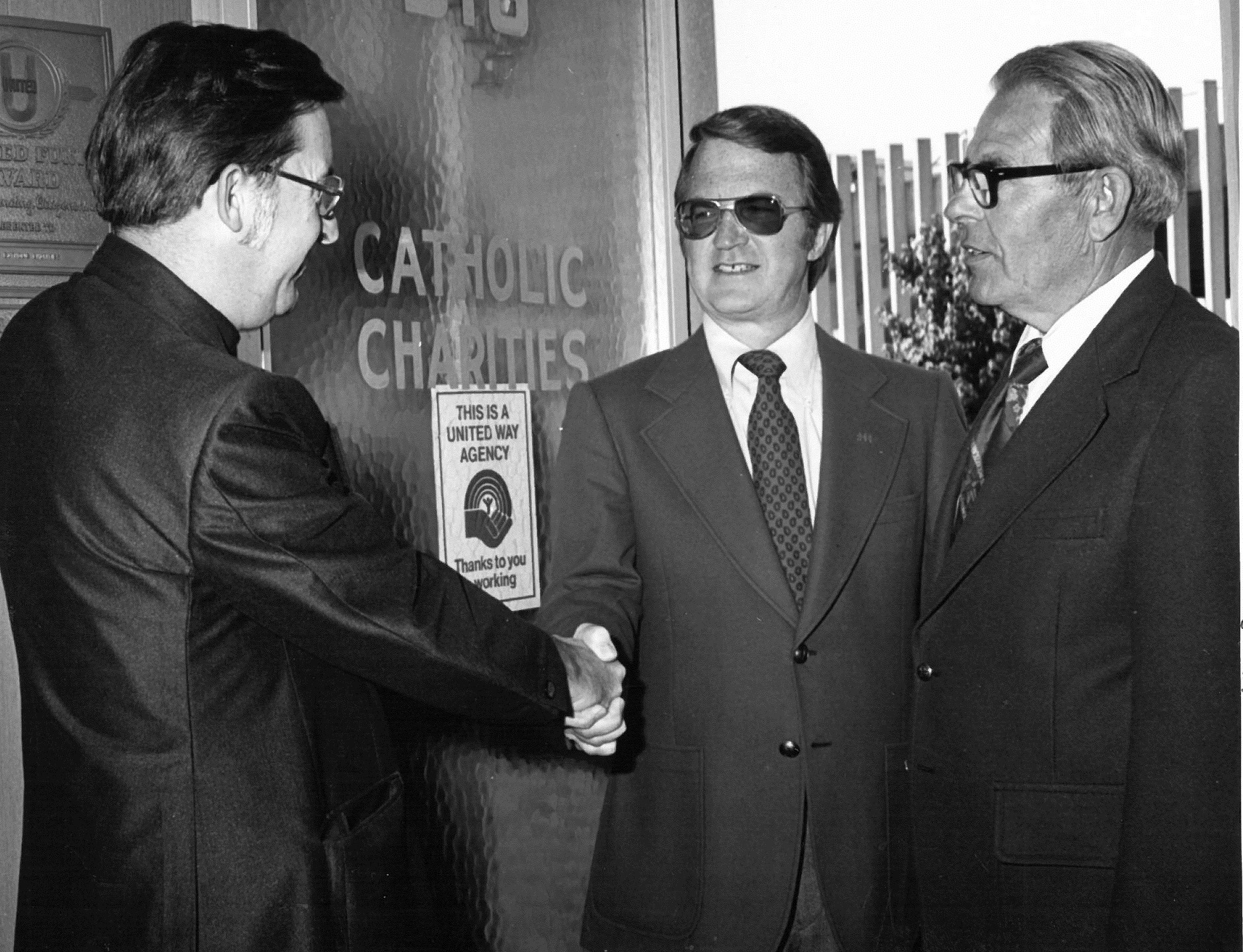 In January of 1990, Carlinville Catholic Charities opened with four case workers as the seventh regional office in the diocese, providing services to five neighboring counties in what was a brick residence previously occupied by the Dominican Sisters. While Carlinville was getting started, Springfield was busy focusing on the health concerns of its clients. In 1992, “Clinics for Kids” was started to provide physicals, vision and hearing exams, eye glasses and dental assessments at St. Clare’s Clinic on N. Sixth Street. Parts of the clinic were already offering vision and dental services, but expanded to provide more services to meet the needs of families needing required immunizations for school but being unable to afford the cost. Then in 1997, Catholic Charities began its “MedAssist” program, which helped to secure expensive prescription medicines free of charge for chronically-ill people who could not afford the continual, monthly costs. The MedAssist program has secured over $60 million of medication for thousands of people across the Diocese. In 1996, Catholic Charities of Coles, Douglas and Edgar Counties in Mattoon was founded. Originally, it was only a thrift store affiliated with the Immaculate Conception Catholic Church, but eventually grew and established multiple services. In 2001, a new location in Mattoon was donated by Rural King and dedicated by Bishop George Lucas. The facility includes a 10,000 square foot thrift store. 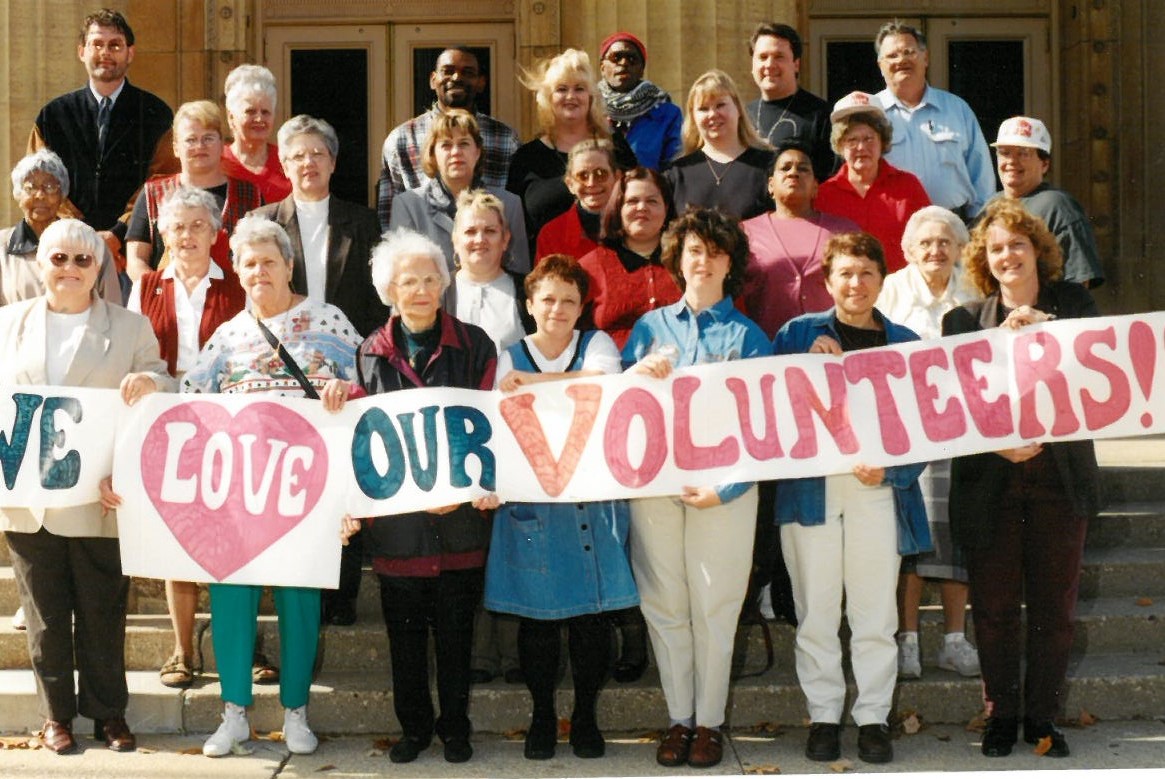 The new millennia brought exciting times to Catholic Charities. In 2001, after years of dedication to its mission, hard work from its staff, and a commitment to excellence, Catholic Charities of the Diocese of Springfield in Illinois achieved national accreditation from the Council on Accreditation (COA) out of New York City. Then in 2002, they gladly assumed operation of the Meals on Wheels program in Macon County, which entailed orchestrating the delivery of 330 prepared meals to seniors in and around Decatur every week day. In 2005, the St. Anne’s Residence in Beardstown opened with the monies from a $3.1 million grant obtained through the U.S. Dept. of Housing and Urban Development. The new 23-room apartment community housed low income seniors in a safe environment.

Catholic Charities continued to grow its already long list of distinguished services and programs by adding two more in 2013: Catholic Charities Legal Services (CCLS) and the Mobile Food Pantry (MFP). CCLS was formed with the mission that, regardless of ones ability to pay, every human being has the right to competent legal counsel. This new Catholic Charities initiative was spearheaded by Bishop Thomas John Paprocki, who modeled the program after the successful legal clinic he founded in Chicago.  The Mobile Food Pantry program hit the road in August of 2013, delivering food to the small towns of Shobonier and Fieldon in two refrigerated trucks purchased through a Catholic Charities USA grant.  The program’s mission is to deliver a 2-week supply of food to families in rural towns living in poverty and unable to access food relief services. Since its inception, Catholic Charities has doubled its ‘MFP fleet’ and delivered over 60 tons of food to 25 rural communities benefitting over 5,000 men, women and children.

Over the last 90 years, there has been much change in the programs, people and places that make up Catholic Charities, but one aspect, the most important, has remained constant: Catholic Charities’ never ending pledge to serve and provide for the most vulnerable of God’s children, at every stage of life, with the love and care of Our Savior, Jesus Christ.